The Zhongar-Alatau National Park is located on the northern slope of the Zhetysu (Semirechye) Alatau ridge.

Zhongar (Dzungar) Alatau (or Zhetysu Alatau, Semirechye Alatau) is a mountain range located on the border of the Almaty region of Kazakhstan and the Xinjiang Uygur Autonomous Region of China, between the Ili River and the Alakol Lake.

15 km from the village of Lepsy, at an altitude of 1635 m above sea level, there is a picturesque lake Lower Zhasylkol.

As a result of an earthquake, a rock fall blocked the bed of the Agynykatty River with a natural dam which formed this picturesque lake. The water in the spring-summer period is muddy, since the streams feeding the lake originate from the glaciers of Dzungaria. But when it becomes cold, and the melting of glaciers stops, the water becomes transparent blue. The area of ​​the Lower Zhasylkol Lake is the habitat of a large population of marals (elks). The water temperature does not rise above 10 °C even in summer.

The Upper Zhasylkol Lake is located at an altitude of 2262 m. It was formed long ago as a result of huge glacial descents.

1.5% of the total area of ​​the Zhongar-Alatau National Park is occupied by the plantings of the Sievers apple tree, which is the progenitor of all cultivated varieties of apple trees in the world.

The fact that Kazakhstan is one of the 11 world centers of origin of cultivated agricultural species was suggested in 1929 by the Russian scientist Nikolai Vavilov after an expedition to Central Asia. According to his descriptions, the southeast of Kazakhstan was a separate center of the diversity of wild apple and apricot trees. Then academician Aimak Dzhangaliev, who devoted his whole life to the study of wild apple trees, and his foreign colleagues could prove this. It was reported for the first time at the International Genetic Congress in Moscow in 1979 that the primary center of origin of the domestic apple tree was opened in the mountainous regions of southeastern Kazakhstan. The first description of the Sievers apple tree in 1793 was made by the botanist Johann Sievers, who came across the forests in the Urjar region. Now the Sievers apple tree is listed in the Red List of Kazakhstan and its largest number (48.8%) is located in Zhongar Alatau.

Every spring in the Zhongar-Alatau National Park, the Sievers Apple Blossom Festival is held, attracting tourists from all over the world.

The favorable climate of the Zhongar Alatau mountains gives life to a rich and varied flora and fauna, especially picturesque coniferous forests and a significant number of the Red List species of animals inhabiting this region. The Zhongar-Alatau National Park is second only to Altai in the diversity of flora and fauna.

In the Zhongar-Alatau National Park, a variety of wild fruit and berry species of trees and shrubs grow, such as common apricot, round barberry, Tien Shan cherry, Albert's rose hips, Meyer's currants, etc.

Other national parks in the Almaty Region: 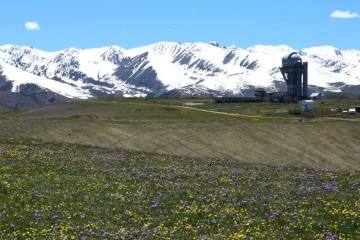 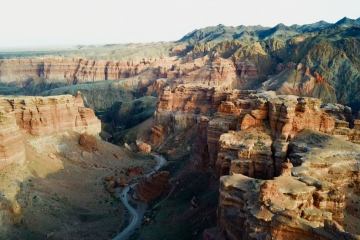 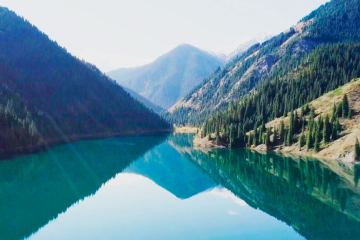