The Altyn-Emel National Park makes you think of the great Genghis Khan era. The huge semi-desert, spurs of the ancient mountains of the Dzungarian Alatau, the old Ili River, the Singing Sand Dune with its thousand-year-old song immerse you in the scenery of a historical movie.

Here you will see the places once conquered by the “man of the millennium”. Of course, Genghis Khan had been not only here, but, perhaps, among the territories conquered by him, only Altyn-Emel retained the authenticity and originality of these places. They now look the same as in the era of the Mongol invasion in the 13th century.

Immerse yourself in the historical era of Genghis Khan by making an exciting trip to Jetysu (Semirechye) with an overnight stay in an equipped motorhome near the famous Singing Dune and at the foot of the multi-colored mountains of Aktau, the main tourist attractions of the Altyn-Emel National Park. 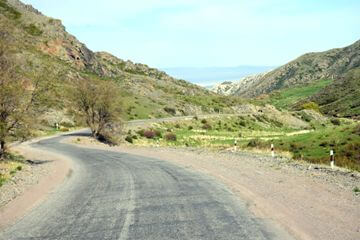 Departure from Almaty. 5-6 hours drive along the Kapchagai Lake and the picturesque passes of Arkharly and Altyn-Emel. 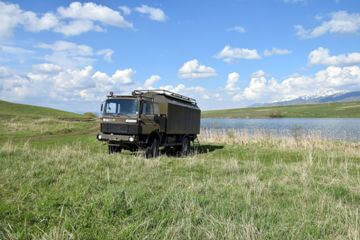 Stop for rest and picnic near a beautiful mountain lake along the road.

Traveling with a camper, you stay in any attractive place away from civilization. 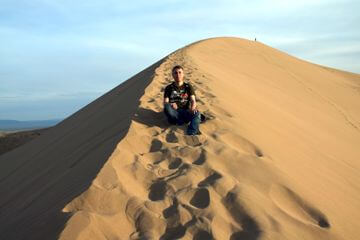 Visiting Aygaykum (the Singing Dune) and the sights of the park along the road, such as Shoqan Walikhanov spring (Shoqan Walikhanov is a well-known Kazakh scholar, ethnographer and historian).

Climbing the Singing Dune barefoot and descending from its soft slopes is a pure pleasure and the opportunity to hear the sound of the dune underfoot, as well as to see from its top a stunning panorama of the park. 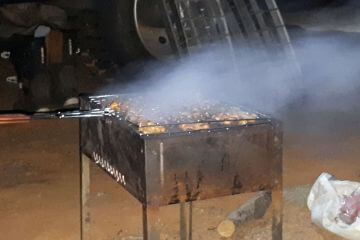 The motorhome is equipped with all the kitchen utensils for cooking inside the cabin or in the open air. 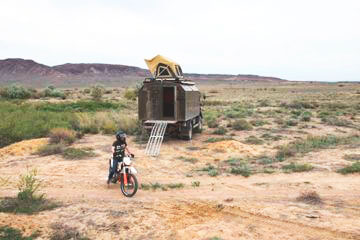 Overnight in the motorhome in the vicinity of the Singing Dune.

The autonomous camper equipped with the Smart Home system protects you from wind and weather, insects and animals. 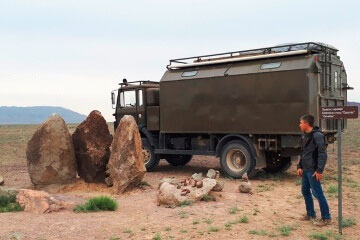 Visiting Oshaktas, a stone monument of the Genghis Khan era.

Oshaktas was used by the army of Genghis Khan either for a giant cooking pot or for lighting a signal fire. 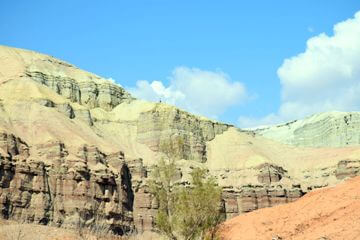 Arrival at the foot of the cretaceous mountains of Aktau. Lunch. Walking in the gorges of the mountains.

The varicoloured mountains of Aktau create a beautiful background for your unique photo shoot.

The origin of the Aktau mountain range is associated with the rise of the land, which in the Cretaceous period was the bottom of the ancient Tethys Ocean. Sea currents lowered the transported terrestrial rocks of various composition and density to the bottom. After the retreat of the ocean, water and wind have washed and weathered the weak rocks for millions of years, creating fancy shapes and compositions from them. The entire landscape of the Aktau mountains is so unusual and fantastic that you feel like on another planet.

The length of the mountains is about 30 km, and the variety of rocks is incredible.

Almost complete impassability on the way to this part of the Altyn-Emel National Park is compensated by fantastic landscapes, amazing silence and energy of the remains of the ancient ocean. 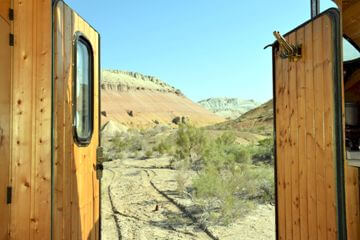 Grilled dinner. Overnight in the motorhome at the foot of the Aktau Mountains.

A large supply of water in the motorhome allows you to spend the night in the mountains of Aktau, arid and remote from civilization. 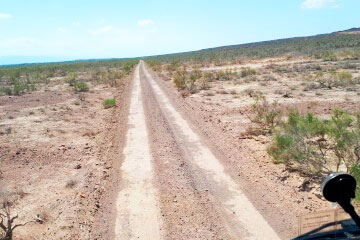 You are not bound to the exact time of getting up and leaving as in common tours.

To see all the sights of Altyn-Emel scattered throughout the vast territory of the park (307 653 hectares) at a time is not always possible, taking into account the limited tour time.

Therefore, we suggest to choose between such places as Oshaktas, the 700-year-old willow, the turanga (Asiatic poplar) forest with warm radon springs, Besshatyr (grave-mounds of the rulers of the Saka nomads, 6-4 centuries BC), or Katutau (volcanic mountains).

Each time we develop an individual route around the Altyn-Emel National Park. 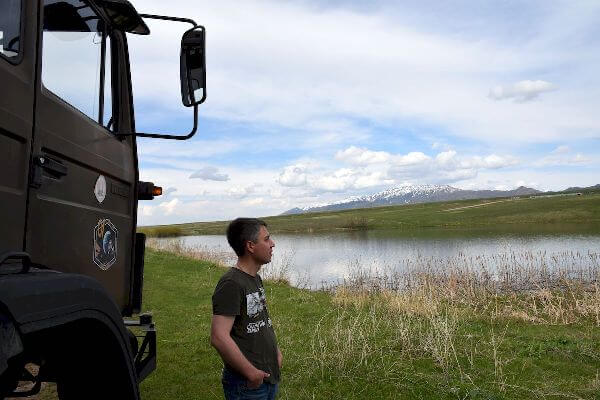 When traveling with a camper, you can escape from the hustle and bustle of everyday life and restore your connection with nature. Photo by: Mars Gallyamov / Outdoors.kz

Recommended travel time: from March to November, but also possible at other times of the year.

In addition, you can rent a light off-road motorcycle, bicycles for walking. The equipment is transported in the motorhome.

This sightseeing tour can be combined with a visit to the Charyn National Park (Ash Grove, Charyn Canyon, Red Mountains Boguty), the city of Zharkent and any other attractions along the way.

The duration of the tour can be changed at the request of tourists.

The cost of the tour is calculated individually.

Where is Altyn-Emel located?

Location: about 200 km northeast of the city of Almaty, between the Ili River and the Kapchagai reservoir in the south, the western spurs of the Dzungarian Alatau in the north, the cretaceous mountains of Aktau in the east. 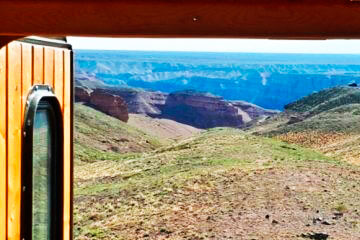 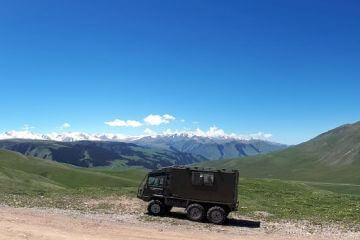 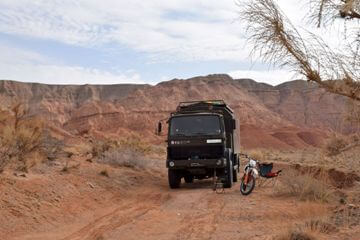 We will answer all your questions!